For as long as I can remember my mother has hosted a family Christmas Eve party, and for the second year in a row, this party has included a cookie contest. Last year I won with a sheet cookie in the form of a map of Middle Earth (I’ll make a post for this too). As the defending champion, I wanted to take it to the next level, something less 2-dimmensional. I also wanted to stick with the movie theme. So, I made the best damn Gates of Jurassic Park cookie you’ve ever seen! 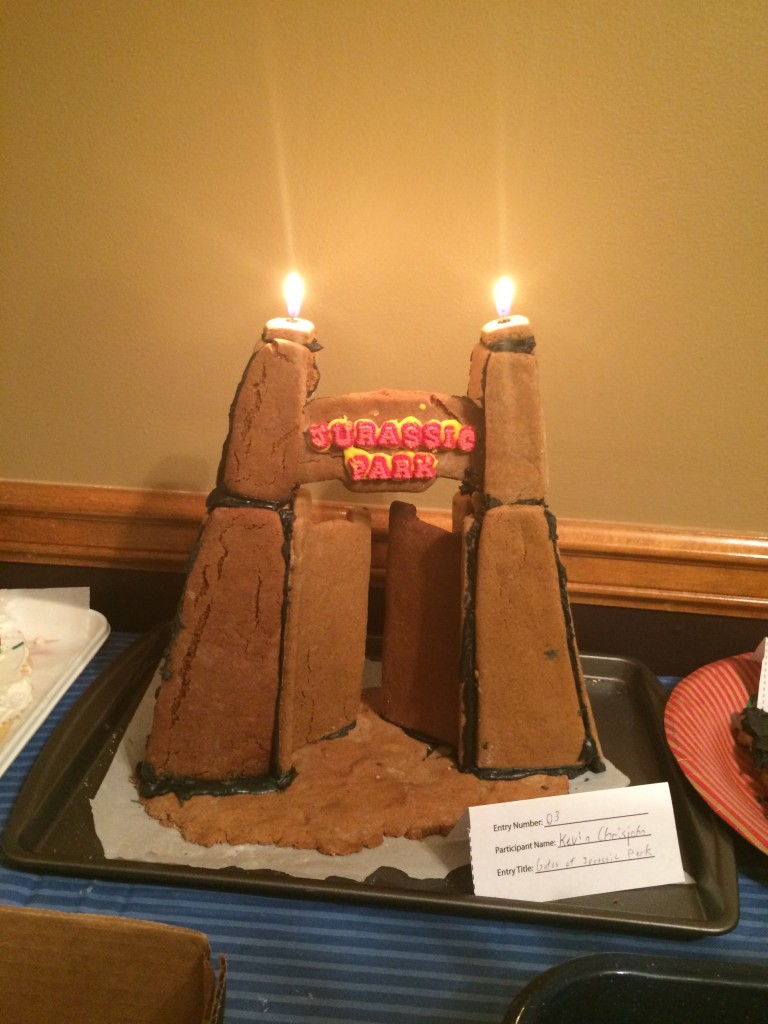 Okay, so it’s not perfect, but it’s still be the best Gates of Jurassic Park cookie I’ve ever seen.

Not much to say about this I suppose, especially since I didn’t take pictures as I constructed it. I spent 4-6 hours on it the night before, starting with a paper template I made in Illustrator after determining the appropriate size. I cut all the gingerbread pieces (there were more than I expected), and baked 4 cookie sheets worth of cookies. The first batch had less flour and cracked (as seen in the left part of the structure). After that, it was just a matter of “gluing” it all together with frosting, which anybody whose ever tried making a gingerbread house knows is a tedious, difficult, and often painful process. It’s easy to lose track of time when you’re holding part of the structure up until the frosting hardens. Hence the 4-6 hours. Anyway, the final product turned out pretty good, at least to look at, but unfortunately not very eatable (or edible for that matter). I am especially proud of the finishing touch of fire.